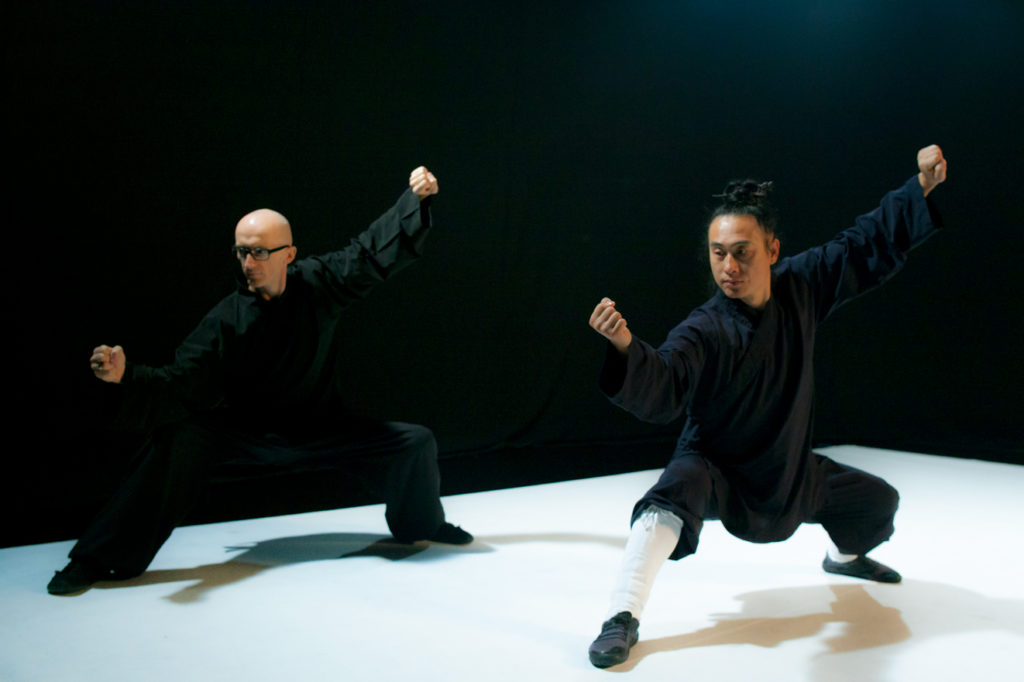 See all the photos from Master’s visits to Warsaw:
https://www.flickr.com/photos/taichimariuszsroczynski/collections/72157671230578193/ 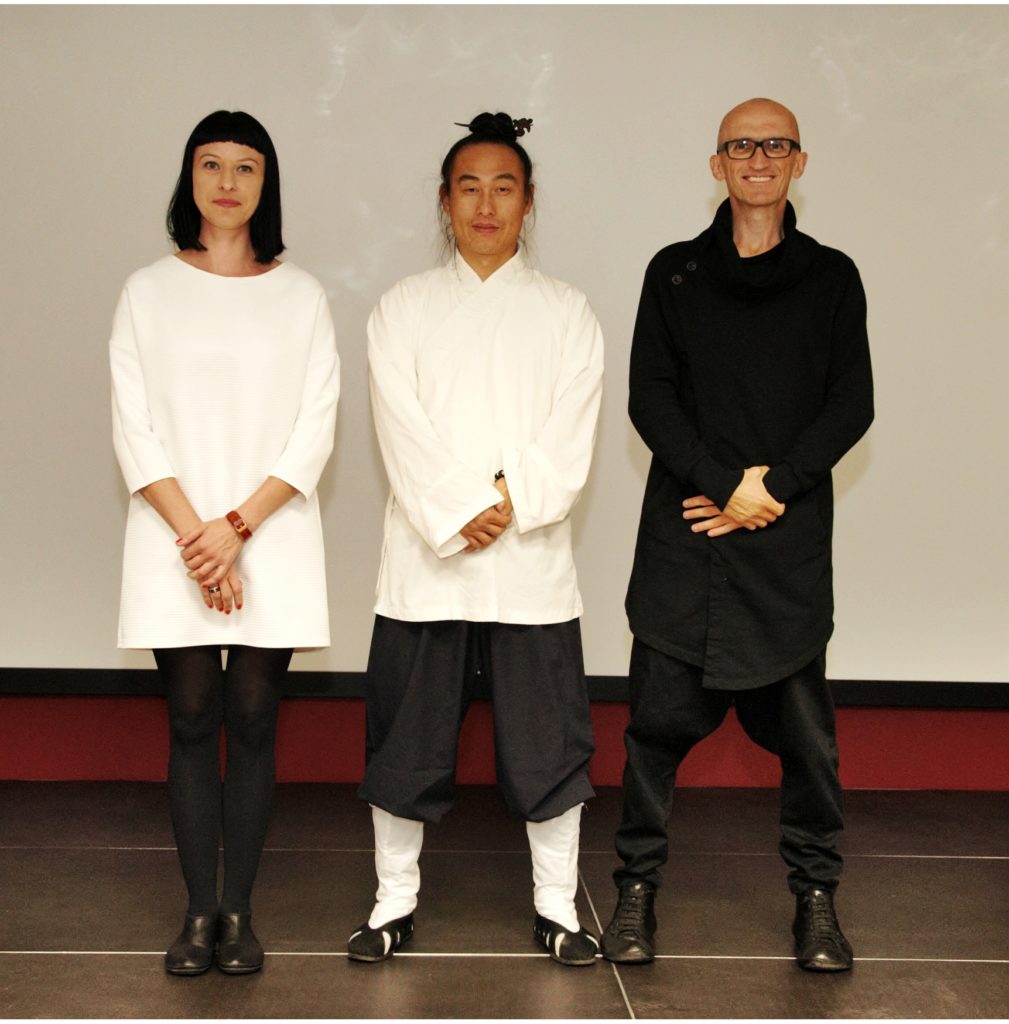 Daoist monk Zhou Xuan Yun (pronounced Joh Sh-wen Yoon) 周玄云, was born in the year of the Monkey in a small village in central China’s Henan Province. At age 13, his parents sent him to live on Wudang Mountain, where he was a student and later an instructor of Taiji and Kung Fu. Living at the Daoist Association Martial Arts Academy, in the Purple Cloud Temple, Master Zhou was accepted into the 15th generation on the Wudang San Feng lineage. 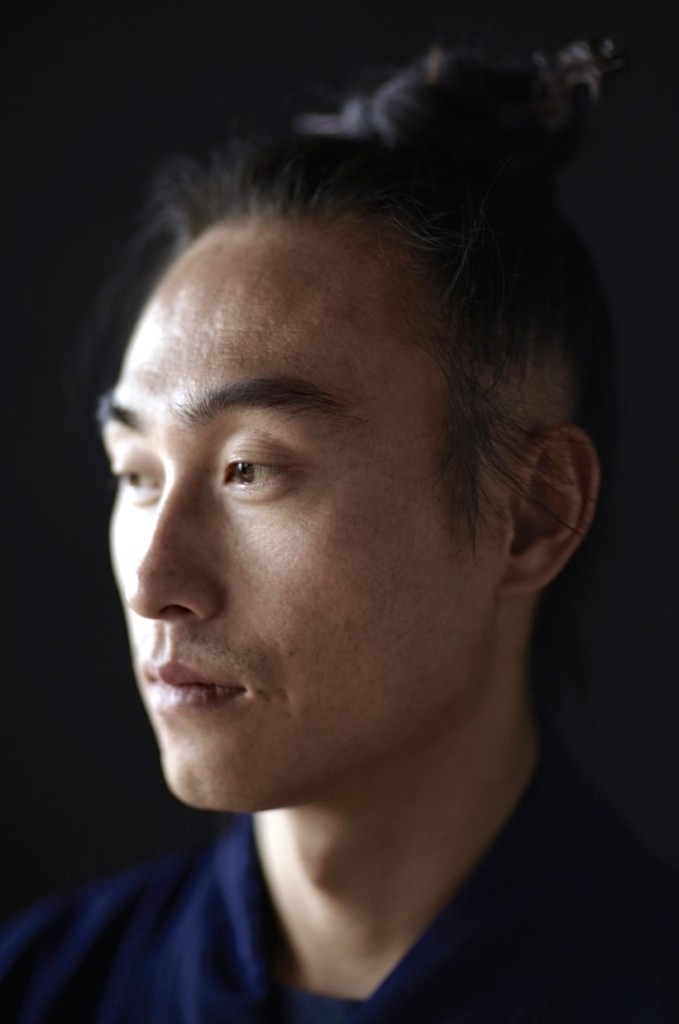 Those who train on Wudang Mountain undergo some of the most rigorous athletic training in the world. Before morning prayers begin, they have already completed several hours of basic conditioning. Loaded down with heavy sand bags, they are often seen sprinting up and down the mountain. For a total of nine hours a day they stretch, memorize ancient forms, and drill with weapons. Although hundreds of people (Chinese and Westerners alike) study at Wudang, only a few per year are promoted to instructor level and given permission to pass on the Wudang arts when they leave the mountain.

At the age of 16 Xuan Yun took the vows to become a Daoist Monk, and begun his study of Daoist philosophy and religious practices. While all the students at Wudang are considered Daoist initiates, Xuan Yun remains the only student from the martial lineage to have devoted years of his life to studying full time in Wudang’s temples, completing the more traditional process to ordination as a Daoist Monk. He belongs to the Orthodox Unity sect of Daoism, and is trained in ritual arts, chanting, divination, and internal alchemy. Xuan Yun is a formally recognized disciple of Master Li Guang Fu 李光富 Chairman of the Chinese Taoist Association (中国道教协会会长). At the age of 20, Xuan Yun left the monastery to live as a wandering monk. He traveled alone around around China, from temple to temple, for four years. Seeking out other martial arts masters, he practiced what he had been taught and learned many new skills. 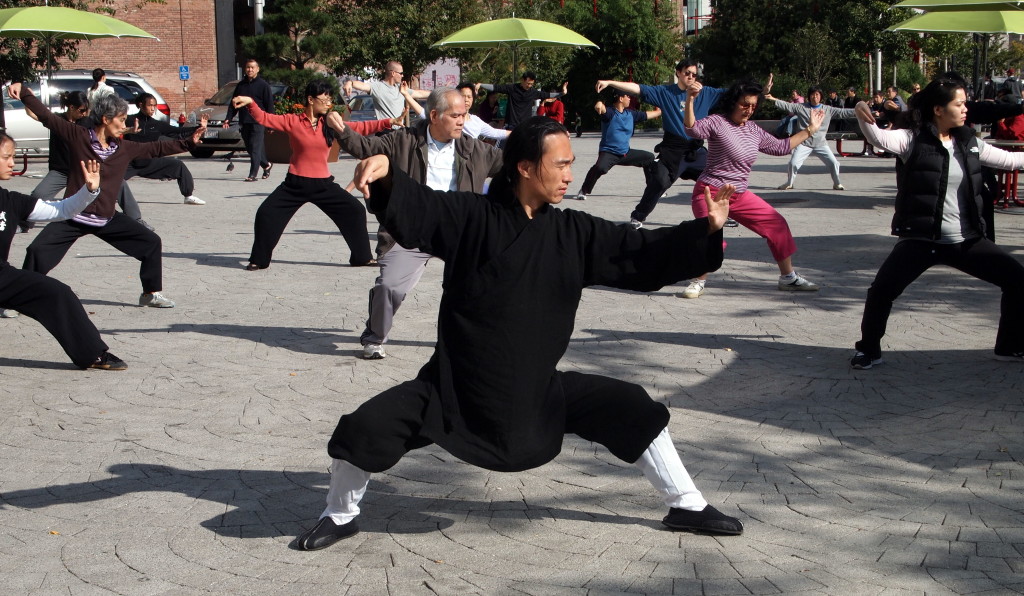 Recently, Xuan Yun began dividing his time between China and the United States. Living in Boston, he is working on a series of teaching DVD’s including Wudang Taiji Quan (2007), Wudang Kung Fu Fundamental Training (2009), Wudang Sword (2010), and Qigong for Healthy Living (2014). Having dedicated his life to preserve and spread the Wudang arts, Xuan Yun is working hard teaching classes and workshops around the U.S., and offers a training tour to China every summer. With over twenty years of teaching experience, he has taught students of all ages and from over 25 different countries. Xuan Yun also enjoys hiking, plays the bamboo flute and is a great cook. 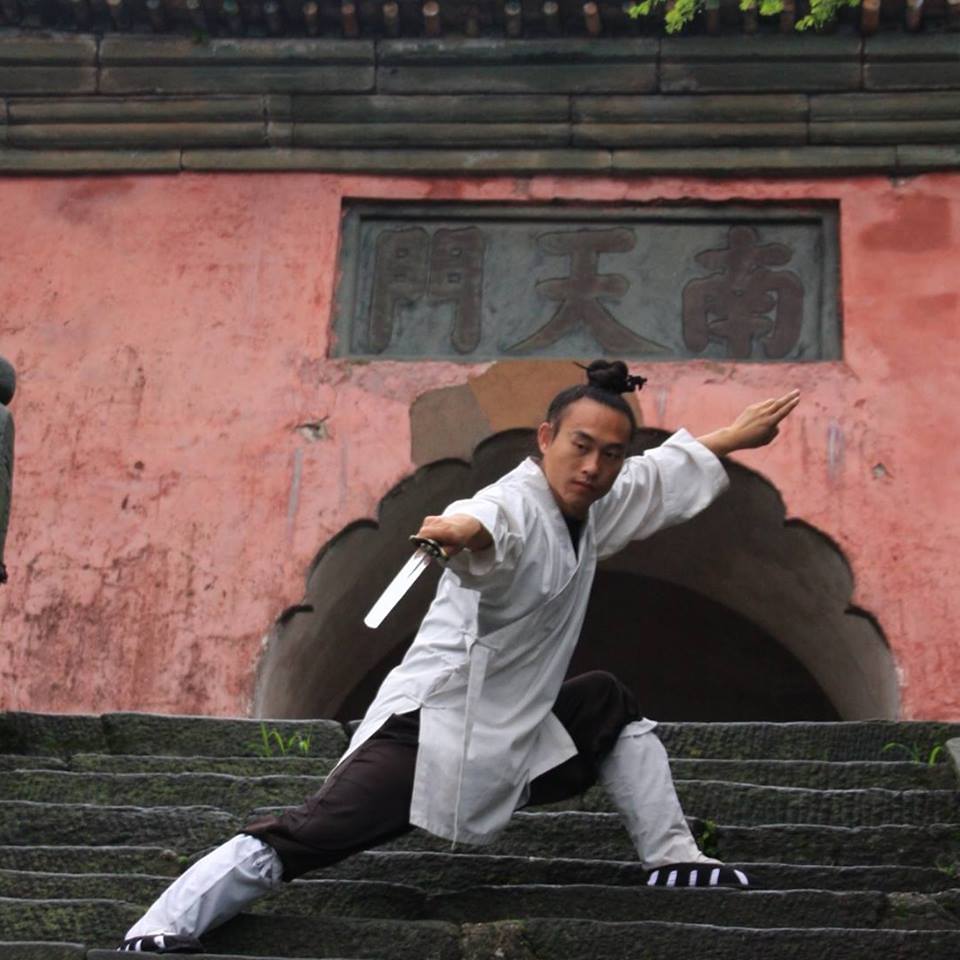 For further details you may visit DaoistGate.com

This website uses cookies to improve your experience while you navigate through the website. Out of these, the cookies that are categorized as necessary are stored on your browser as they are essential for the working of basic functionalities of the website. We also use third-party cookies that help us analyze and understand how you use this website. These cookies will be stored in your browser only with your consent. You also have the option to opt-out of these cookies. But opting out of some of these cookies may affect your browsing experience.
Necessary Always Enabled
Necessary cookies are absolutely essential for the website to function properly. This category only includes cookies that ensures basic functionalities and security features of the website. These cookies do not store any personal information.
Non-necessary
Any cookies that may not be particularly necessary for the website to function and is used specifically to collect user personal data via analytics, ads, other embedded contents are termed as non-necessary cookies. It is mandatory to procure user consent prior to running these cookies on your website.
SAVE & ACCEPT